perfect engagement ring
Today women expect a large, glittering diamond set atop a golden band when their fella pops the question, but it wasn’t always so. Through the millennia, there has always been a practice of claiming your mate, from cave men to today’s proper gentleman, but the engagement rings given weren’t always luxurious.

Not exactly known for their debonair mannerisms or gifting fine jewelry, cavemen had a simple way to claim “unh, woman, mine, ug”. They would take lengths of grass, braid them into a plain-Jane rope, and tie these around her wrists, ankles and waist to bring her spirit under his control. Aren’t we glad that has changed over the years?

Ancient Egyptian mummies were found buried with a single, modest silver or gold wire. This was definitely a step up from spirit binding, as the rings were placed on the third finger of the left hand. The circle was used to symbolize a never ending cycle and the space in it as a gateway. The reason for placing it upon what is now known as the ring finger is because Egyptians believed that the vena amoris, or vein of love, ran from that finger directly to the heart.

As romantic as the Egyptians were, not so much the Romans. Roman women were given a gold ring for the wedding day and special events, but at home an iron ring was worn as a sign of the husband ownership of the wife through a legally binding agreement. Puzzles rings were also created for the wives of sheiks and sultans so they could keep track of them.

Do not fret, for the romance comes back to use thanks to the Archduke Maximilian of Austria. With his proposal to Mary of Burgundy, one of the first known instances of a diamond engagement ring arose. He gave to her a ring set with small, flat pieces of diamonds into the shape of an “M”. When the Colonists hit America, thimbles were given as a sign of love and companionship. While useful, women soon realized they could slice off the top two-thirds of the thimble to create a ring, which could be worn so she could show everyone she was betrothed.

Today’s tradition of diamonds did not become the norm until the 1930’s. Until then, diamonds were considered a status symbol for the elite, and simpler bands with other stones and even pearls were widely used. Upon the commercial genius of the DeBeers company and their ad slogan “Diamonds are Forever”, women came to expect the newly popular glittering gem engagement rings. I’m sure most women appreciate the transition from braided grass to the grand and glamorous rings that are used today. 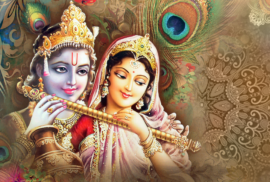